A barbed wired gate that separates the different communities of migrants and refugees into sections at the First Reception Centre (Hot-Spot) of Leros, Greece. 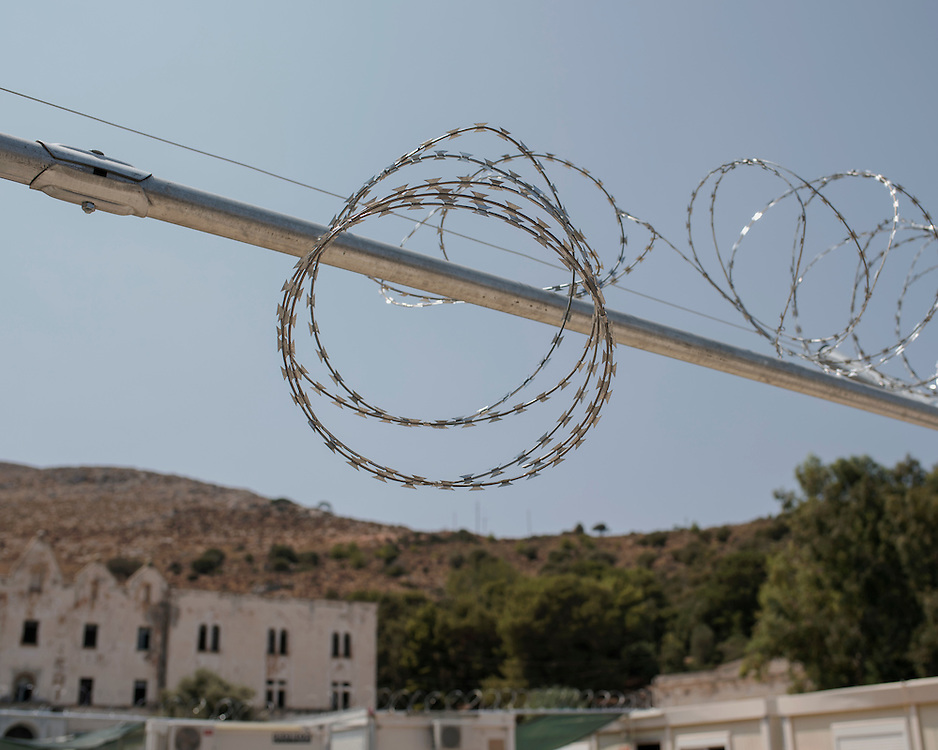