Yazidi Hazim Elias Khadeda, 22, looking at the Leros 'Hotspot', an EU-run migrant's reception centre opened in the grounds of the former Lepida psychiatric hospital (from which the view is taken). 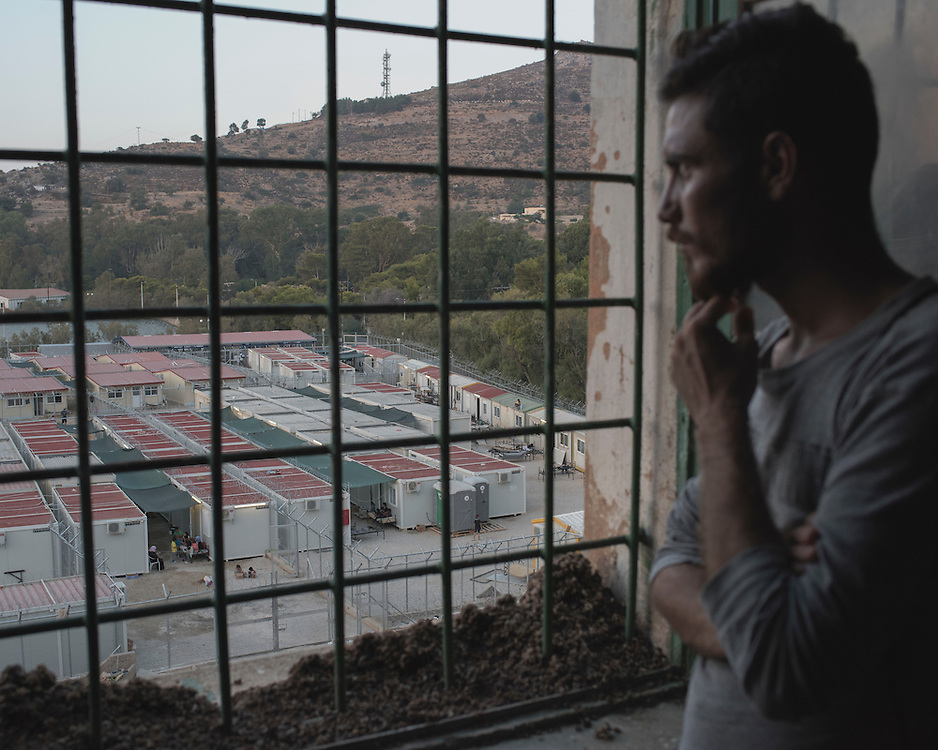