A typical prefabricated house in the First Reception Centre (Hot-Spot) of Leros, Greece. 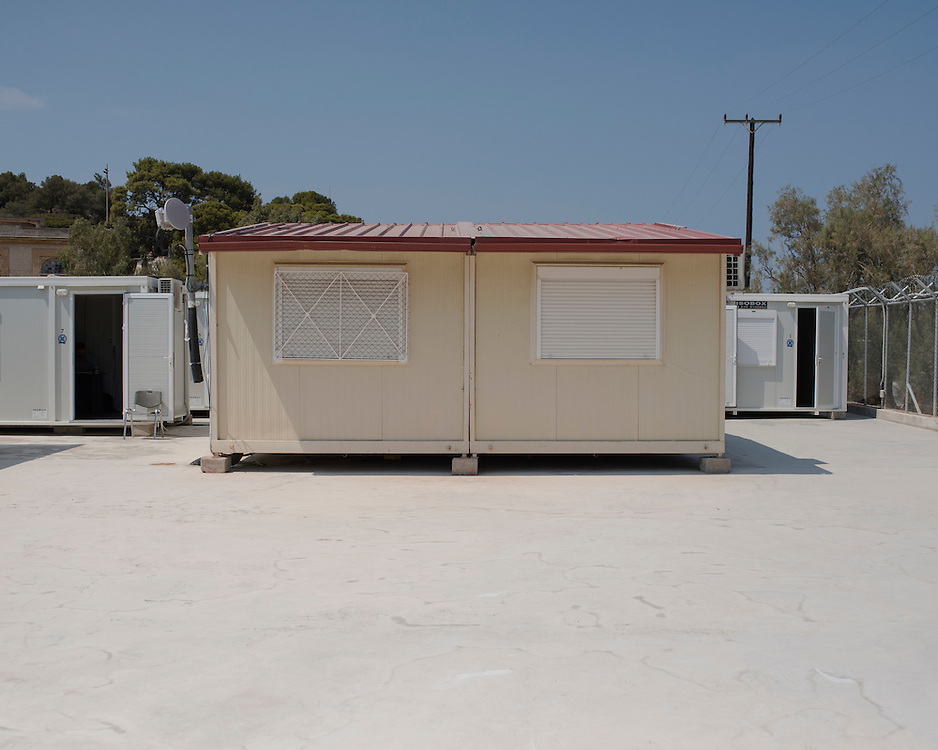