General view of the First Reception Centre (Hot-Spot) of Leros, Greece. Since there are no trees or other natural cover, the refugees and migrants use olive harvest nets create shade.


The Hot Spot in Lepida opened on the 26th of February 2016 in the grounds of the former Lepida psychiatric hospital. At the beginning it served as a registration camp for refugees and migrants who were travelling to Europe through Greece but since the closure of the borders in March 2016 it serves as a permanent camp. People are allowed to go out, they have three meals a day, the prefabricated huts have a bathroom and are air-conditioned and compering to other refugee camps in Greece the conditions are bearable. 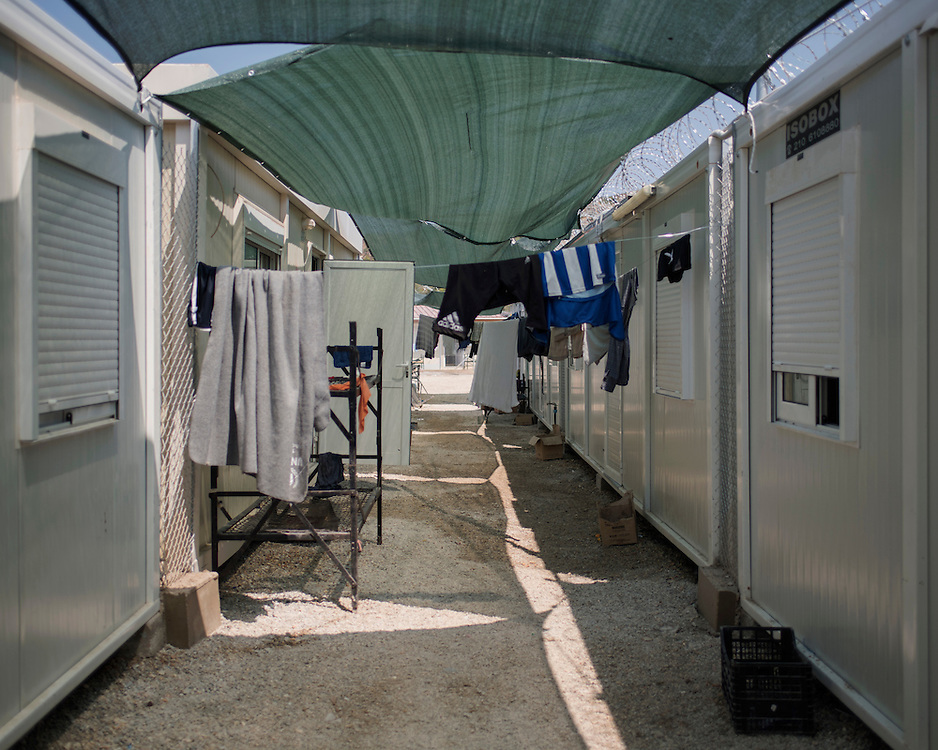